“We were skiing high up in the mountains. Suddenly, tears were streaming down my face, and I was completely overcome with an indescribable sense of a presence. We are not alone, I thought. I often think back to, long for, that feeling. It is hard to find the words to describe it but I guess it is about something we simply cannot understand. Something bigger than ‘we’, that ‘we’ can only perceive and feel. It is in the beauty of nature that we can perceive it so clearly. Maybe it's God, I don't know. Life almost feels more real in some way, in the mountains, near the sea or in the forest.” - Anonymous source

Lundhags journal met Are Norrhava who is a pastor and author of the book, “Deep time and thin places” where he talks about nature and spirituality. Are Norrhava is often heard on Swedish radio as well as on his podcast, under the same name. 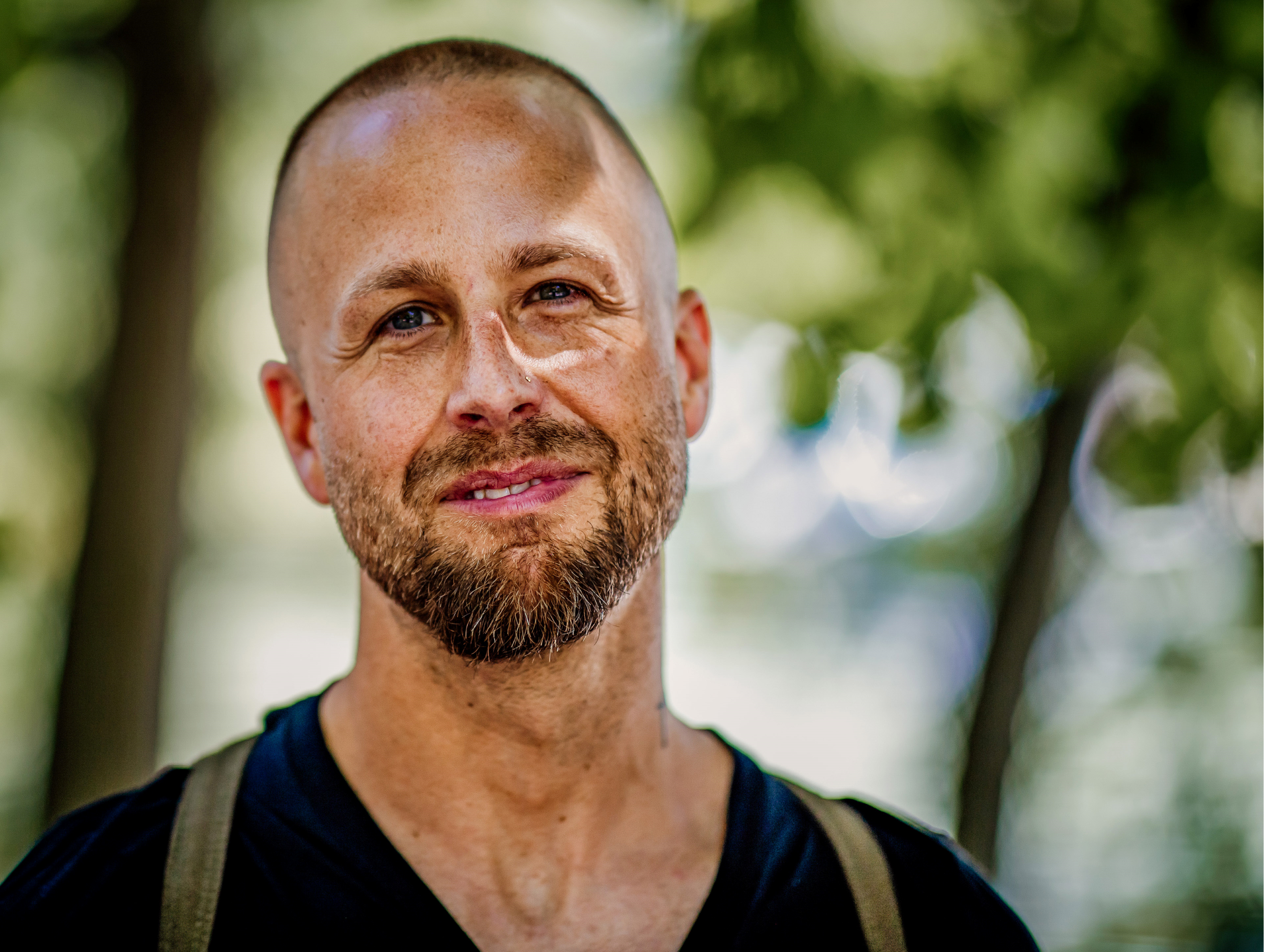 “Even though our society has undergone a thorough desacralization in modern times, I believe that deep inside we still harbor a deep respect for nature and the beings that live there,” says Are Norrhava. His intention is to discover, in the middle of our superficial and individualistic times, signs of a deep longing in many of us, for a deeper life, meaning and faith. There is a seeking for “thin places” where life is really lived.

By thin places Are Norrhava means places or experiences where one perceives a feeling that the world as we know it is transparent, it is superficial; it is in this moment that we are able to sense a communication with, and belonging to, something greater than one's self. The eternal is found here and now. I believe that many people find just that in nature maybe because it is easier to open one's senses there. Are describes what many have a difficult time putting words to. “Those of us who go to church call it God, of course.”
Are continues and says that the theologian Marcus J. Borg said it so well; he expressed it this way: “A thin place is wherever your heart opens”.

Deep time is an expression for those moments where eternity seems to break with chronological time. It becomes a glimpse of eternity, one might say. Are Norrhava means that when we experience “deep time” and “thin places” we are having the positive experience of standing more firmly on the earth and sometimes even blossoming as if we are part of nature ourselves. “I see with my inner eye the tree that grows near the water. If we think about the roots like the heart of the tree, then we are reaching for the deep source.
In other words, when we do things that make us feel good, such as when we spend time in nature, we have, if you will, greater opportunities to absorb the nutrition that the fresh spring water offers us.

Someone once said, “wisdom is to know the harmony of things, joy is to dance in time with it”. Western society has lost this rhythm in many ways. A sense of the whole, of the bigger picture has crumbled, but Are Norrhava believes that people's seeking and longing show the way home. He refers to several studies that indicate that it is much more common than one might believe that people have had transcendental experiences. Every third to fourth Englishman, American or Finn answered, for example, yes, to the question of whether they at some point in their lives had felt aware of, or were influenced by, a greater presence or force - be it called God or something else - somehow essentially different from our daily self, writes Are.

It is not often that we have such strong feelings of being close to the meaning of life and one's self as when we are in the mountains or in the forest.  Many would quite frankly say they had a spiritual experience in nature.  At the same time, Swedes are the people in the world who distance themselves the most from organized religion. It is this resistance that David Thurfjell, Professor of Religious History, is researching in his book, People of the forest:  How nature became the Swedish people's religion:. In his work with the book, he has interviewed Swedish visitors to the forest and asked why they take walks through the forest. 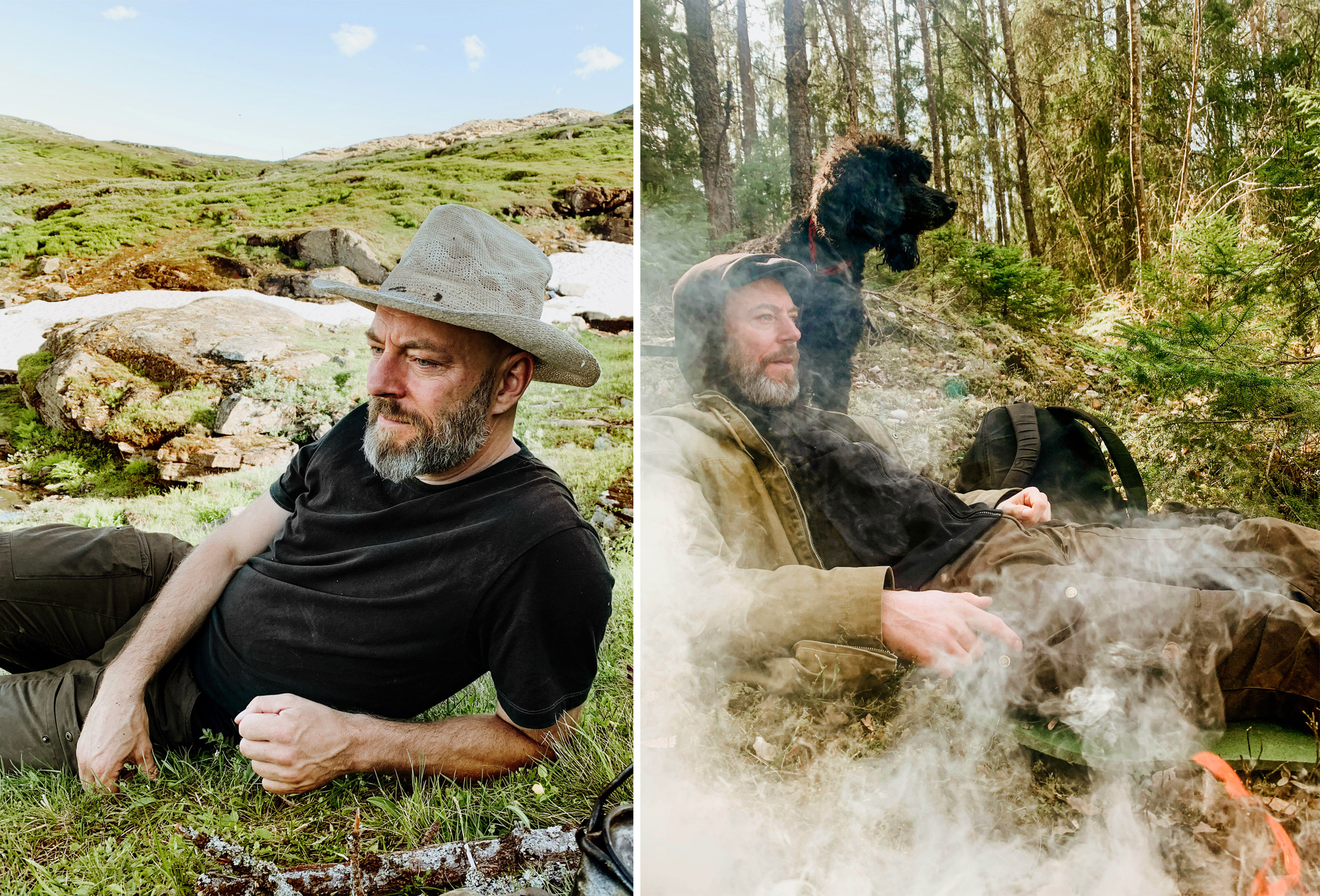 ”I just wanted to sit on a rock at the edge of the forest, to rest. The light filtered through the birches and firs and the nearby meadows. As I was sitting there a deer came walking through the trees. She stopped to take a few nibbles here and there. I just sat there watching. Finally the deer was only a few meters away, still engrossed in the grass and herbs on the forest floor.   Suddenly, the deer raised her head and our eyes met for a long second before she started and took off between the trees. The spell was broken but for a second I had been so much part of that very place that I no longer felt like an individual.” (From “People of the Forest”)

A recurring reply in interviews with David Thurfjell is the sensation of being one with other species and the universe. Many describe the feeling of loss of selfhood, and gratitude, along with feelings of freedom, beauty, meaning and belonging. Some use words such as holy and guided by nature, while many others refrain from describing their experiences as spiritual. One of those who David Thurfjell interviews, Viktor, describes his world view as strictly scientific, but does describe his state of mind as “beyond the normal” when in the forest.  When Thurfjell asks why he whispers when talking about it, Viktor answers: “I want to hide these things from my intellect.”

Ecology, which is the science of the interactions in nature, comes from the Greek words for home (oikos) and harmony (logos) and describes the ordering principle that binds together all existence in an overarching cosmic order.  Ecology is about context, relationships and the whole. All of which is quite near a spiritual point of view.

“The more one studies nature, the more overwhelming is the feeling of how fantastic everything is organized. There is an intelligence that is so incomparable that I can only come to the conclusion that there is a reason, a creator behind it.” These were the words of Italian-American researcher, Carlo Rubbia, after having won the Nobel Prize for Physics in 1984, responsible for a significant shift in attitude between religion and science. And Albert Einstein, one of the greatest scientists of all time, was known to compare the concept of God with nature and said that the studies of physics and the laws of nature often brought about a “special sort of religious feeling”. His point was that every “thinking man” is filled with gratitude and humility when confronting the design and beauty of nature.

We at Lundhags are well aware of that which is described above by Are Norrhava and in David Thurfjell's work, “People of the Forest” - the feeling of belonging, of becoming one with nature, of being part of something much greater than one's self. This is exactly what fascinates us and makes us crazy about nature. These fantastic experiences in nature are magical - time stands still. We can completely subscribe to the idea that nature is our religion - if our experiences have something to do with God or not, we don't know, but what we do know is that we love nature and want to encourage others to experience it!

Proof of research – Lundhags was right all along

For us at Lundhags, the news that nature is the best wonder cure of all is not new, and yet it has not actually been...

Nature. It’s always there; independent and free. To us in Scandinavia it’s extremely available. Now more than ever,...

"We have a strong commitment"

For the last eight years, Sara Wiksten has been one of the leaders and the expert when it comes to sustainability...

At sometime, we have all most likely questioned our workday, where we manage to get through the daily puzzle with the...

My dogs are everything

For Eva Bromée, it was hardly not even a choice. She grew up around animals in a wild nature and even today, much of...

A short film by Paulius Neverbickas about our ambassador Per Sollerman, Nordic ice and the freedom of Nordic skating.

What is: Nordic Skating

Going Nordic skating in the winter sun with kilometre after kilometre of shiny ice in front of you is truly a special...