From the resturant to the forest and back

– I love to spread knowledge about what I do. Many throughout the years have done just this, when it comes to gathering wild food. From generation to generation, knowledge has been passed down. In the last 30-40 years, the dissemination of this extensive knowledge has been significantly worse. A knowledge that in my opinion is worth its weight in gold.

Niki Sjölund didn’t actually grow up in a family that was overly interested in anything edible from nature in the same way he earns his living today. Hunting and fishing were there, as with many other families in the small community of Åsele in southern Lapland, though when he picked raspberries and cloudberries with his mom, they did it close to the car. This was because mom absolutely did not want any encounters with moose or bear. Today, Niki lives in Stockholm and makes a living by gathering wild food and delivering delicacies from the forest to some of Scandinavia’s most well-reputed restaurants. As well, he guides companies and private individuals on nature excursions, such as mushroom and plant courses and outdoor cooking. 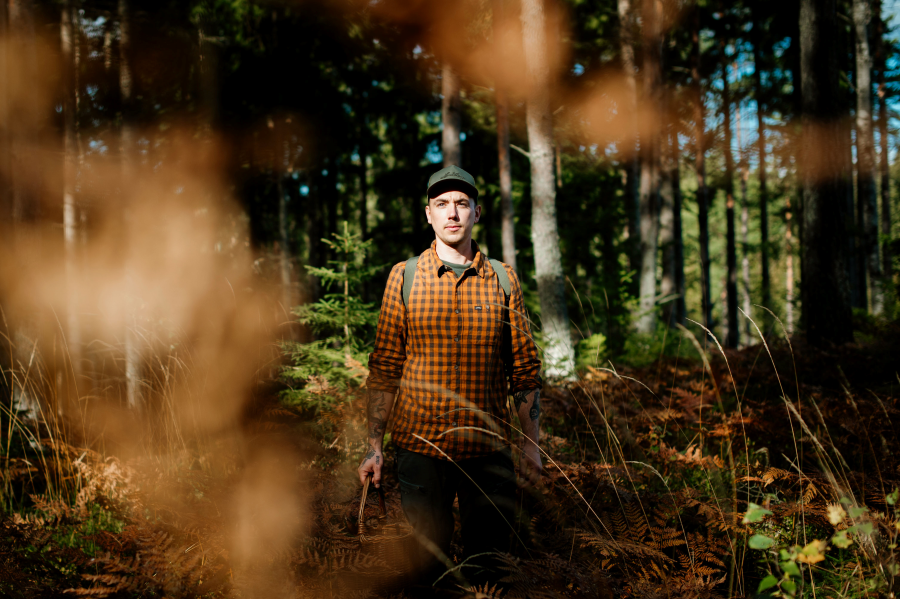 After attending the hotel and restaurant program at the senior high school in Vilhelmina (a 140 km commute each school day), Niki moved south to Stockholm and worked as a chef at various restaurants. Among others, the more or less legendary Ekstedt and restaurant Gro.

– After I had lived a few years in Stockholm, I felt that I was missing nature more and more. So, I started to become interested in the wild food that was growing out there and how I could make it work well in cooking, says Niki. 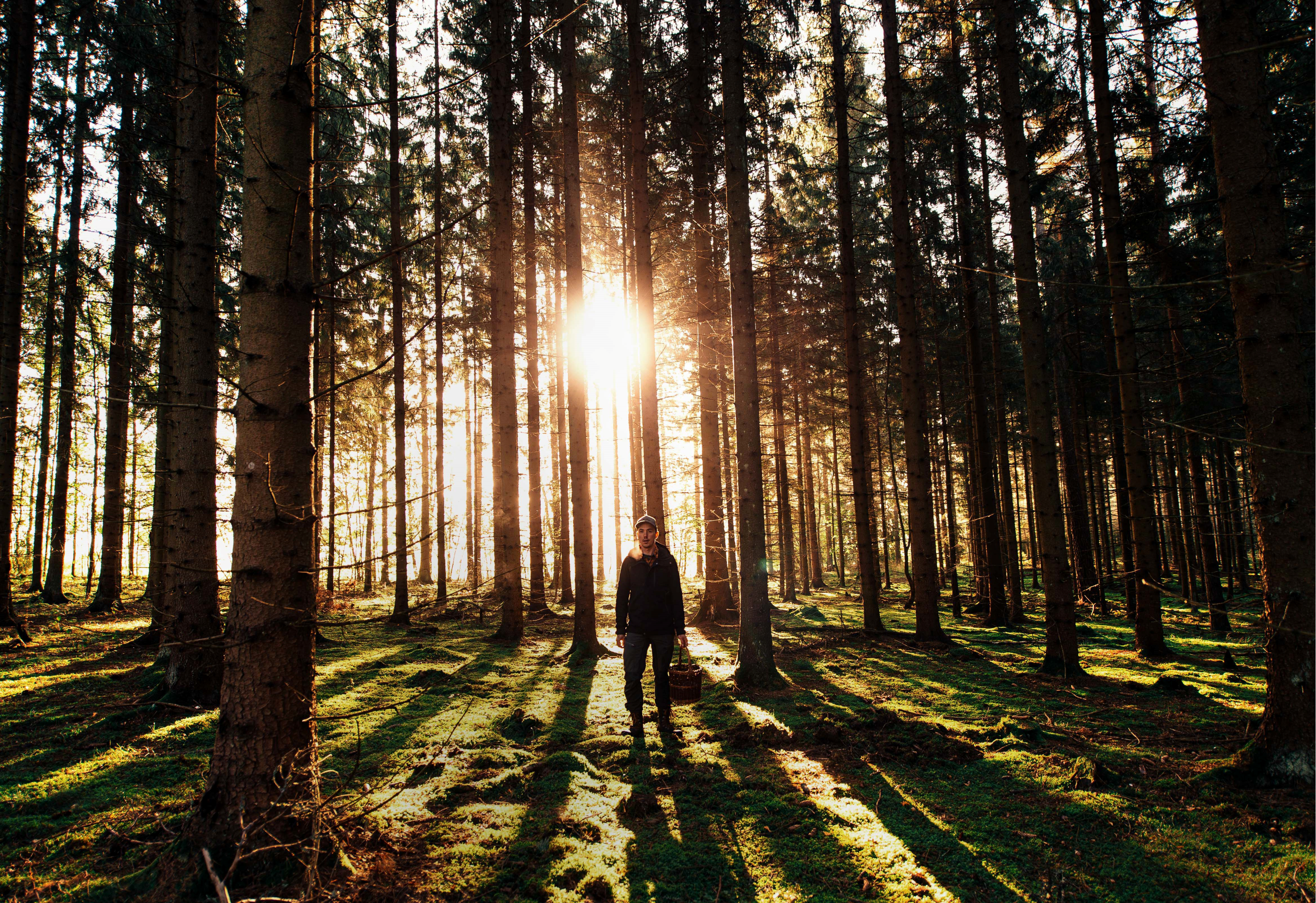 It proved to be good timing. Already by 2004, 12 Scandinavian chefs wrote a manifest for the book Nya Nordiska Köket (The New Scandinavian Kitchen). It was something of a jumping point for the hype Scandinavia has experienced among foodies both here at home and around the world since then. The restaurant Noma in Copenhagen, for example, made the most of this and was ranked for a long time as the world’s best restaurant, much thanks to them taking advantage of the locally grown and locally picked. Today, the peak is flatter and more and more elite restaurants are using local herbs, berries and plants. Niki Sjölund has been gathering wild food since 2016, when he took the major step to gather wild food full-time, for some 20 restaurants in Scandinavia, including several star restaurants. 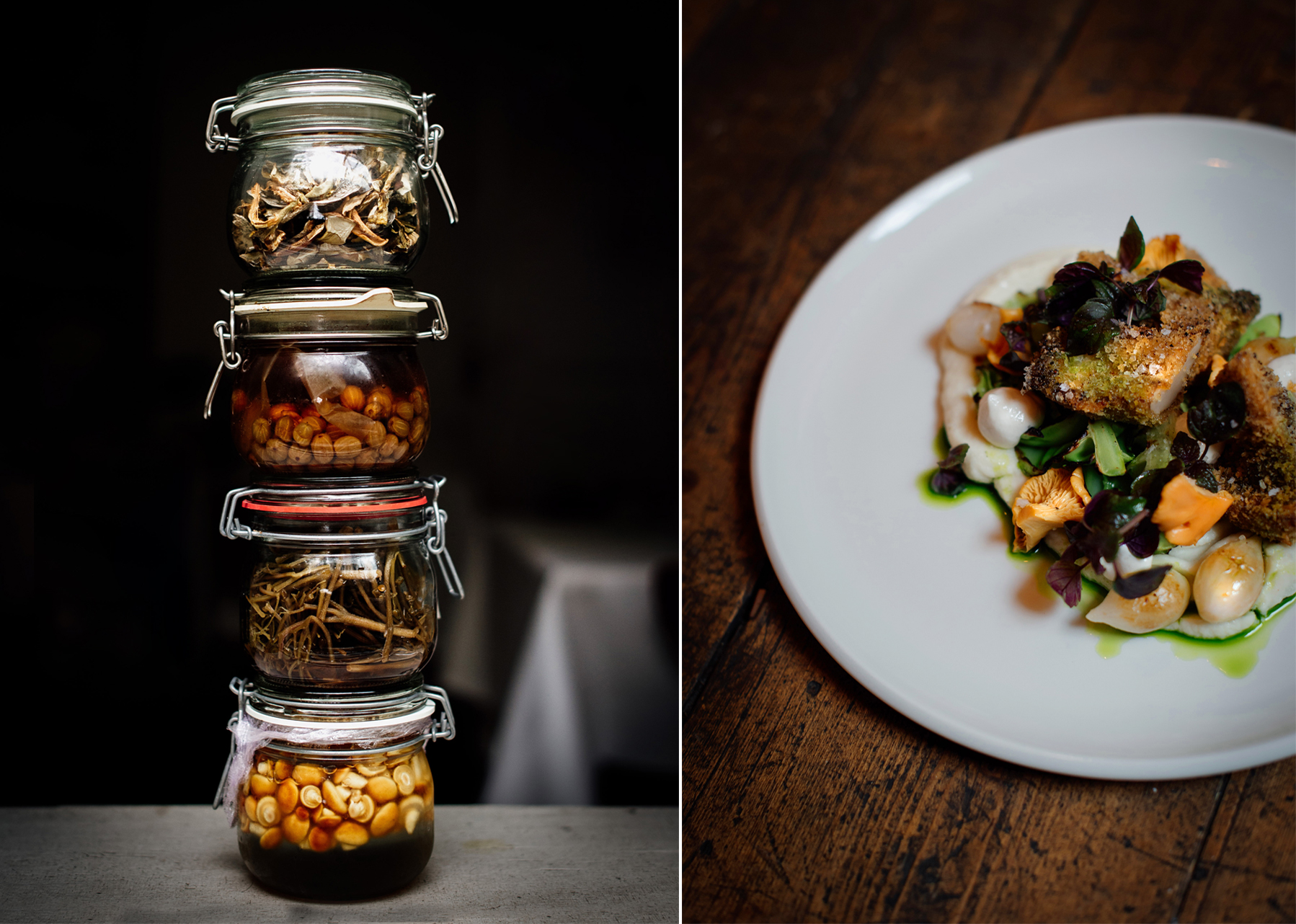 – New Scandinavian cooking is about the raw ingredients we have here in Scandinavia and having a close relationship to those who grow vegetables and raise the animals. Something also major is what grows in nature around the restaurant, to offer the guest a taste of a specific place.

– It is also very much about the chefs learning to respect the raw ingredients that are here, it’s very important and worth a lot in the grand scheme of things. 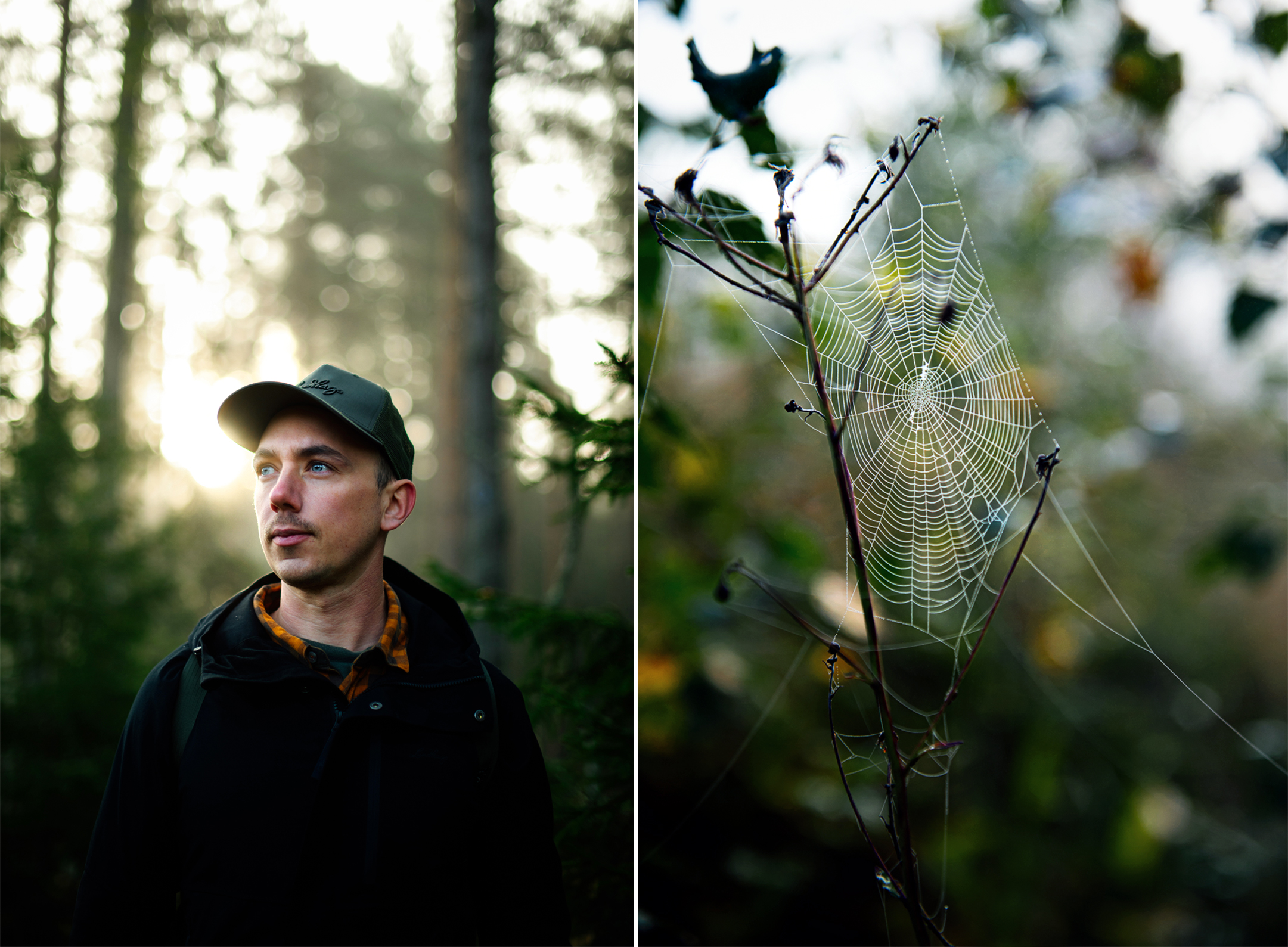 Niki feels at home in the forest, even if his mom was afraid of wild game. In Stockholm, visits to the forest are an effective way to relax from the stress of the big city. The forest is also a very interesting place to meet.

– The forest is the perfect place to visit with people, says Niki. I can simply reset from everything else, and in nature, everyone is more equal. 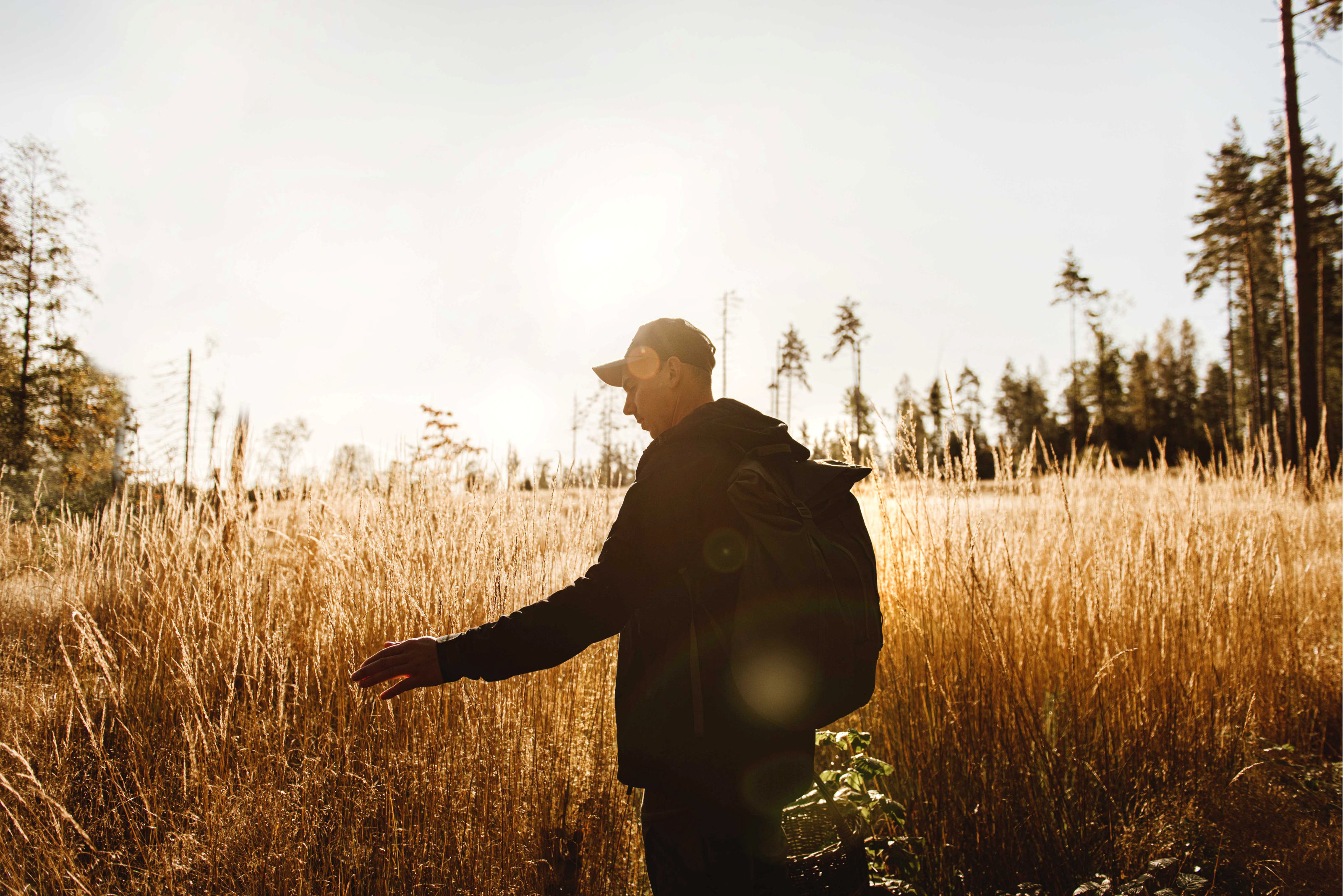 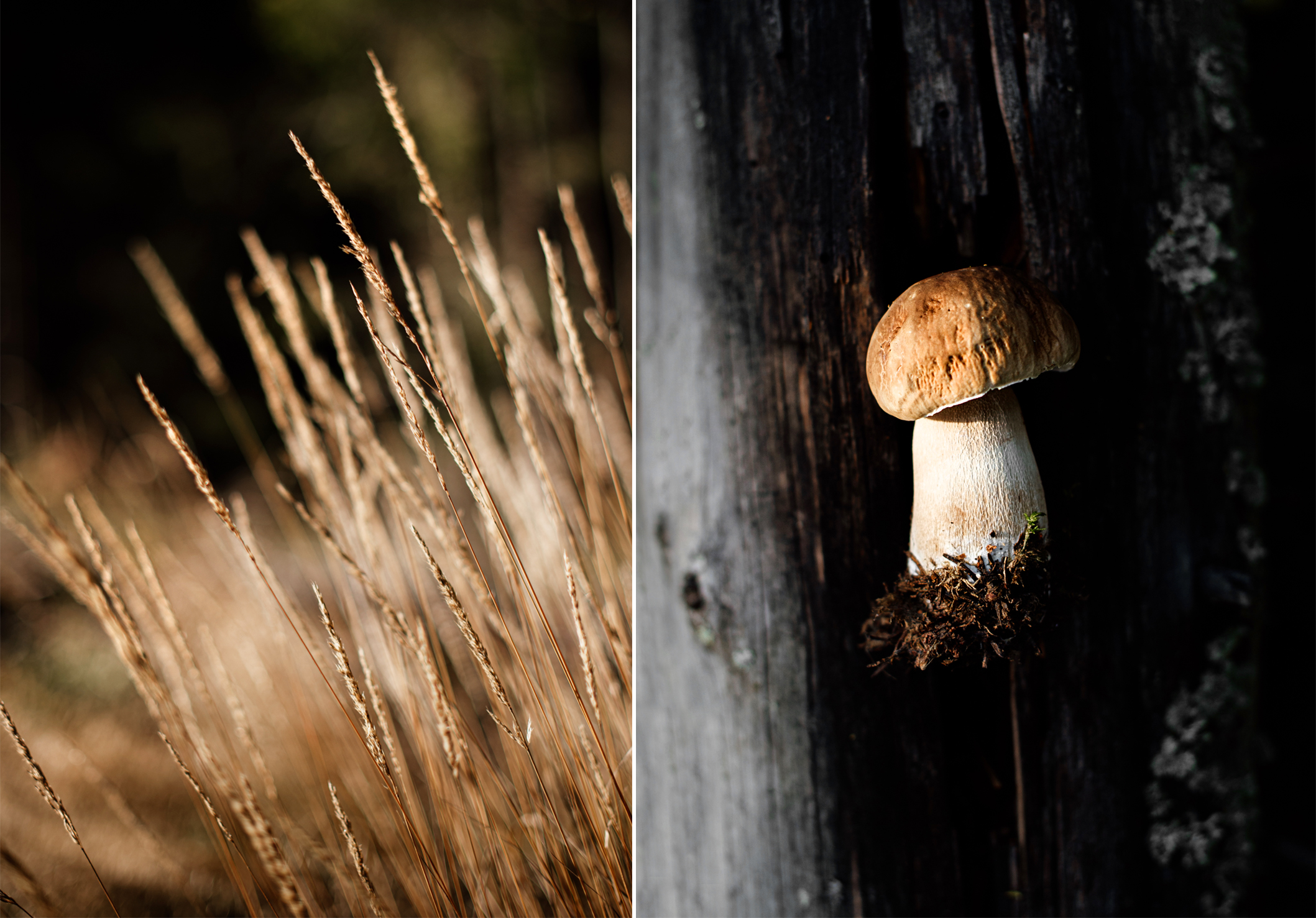 Even the idea of wild food gatherer is a relatively new idea, at least with just that wording, something that homosapiens have been busy doing since day one. Hunters-gatherers-societies had this setup 24/7 – to pick that which nature offers. And this diet, a varied diet with natural raw ingredients, has shown itself to be the absolute best when it comes to health. Even from an environmental perspective, you can point to the societal win if people can benefit from edible plants nearby. On the whole, you can say that gathering wild food is a formidable rocket in the quality of life, from a personal well-being perspective and an environmental perspective. It’s simply healthy nourishment-wise and you feel good moving around in a more or less wild environment. As well, it is so environmentally-friendly that it’s difficult to think of anything better. There is rather extensive research unanimously proving that moving around in forest and fields is good for general well-being. If you gather wild food, you kill two birds with one stone. What you gather in the forest is not pumped up with anything unhealthy. Vitamins A, B (1, 2, 3, 6, 9), C, D, E, K, as well as several antioxidants (phosphorous, iron, calcium, magnesium, natrium, zinc, and fibers) are just some of healthiness contained in a simple blueberry. 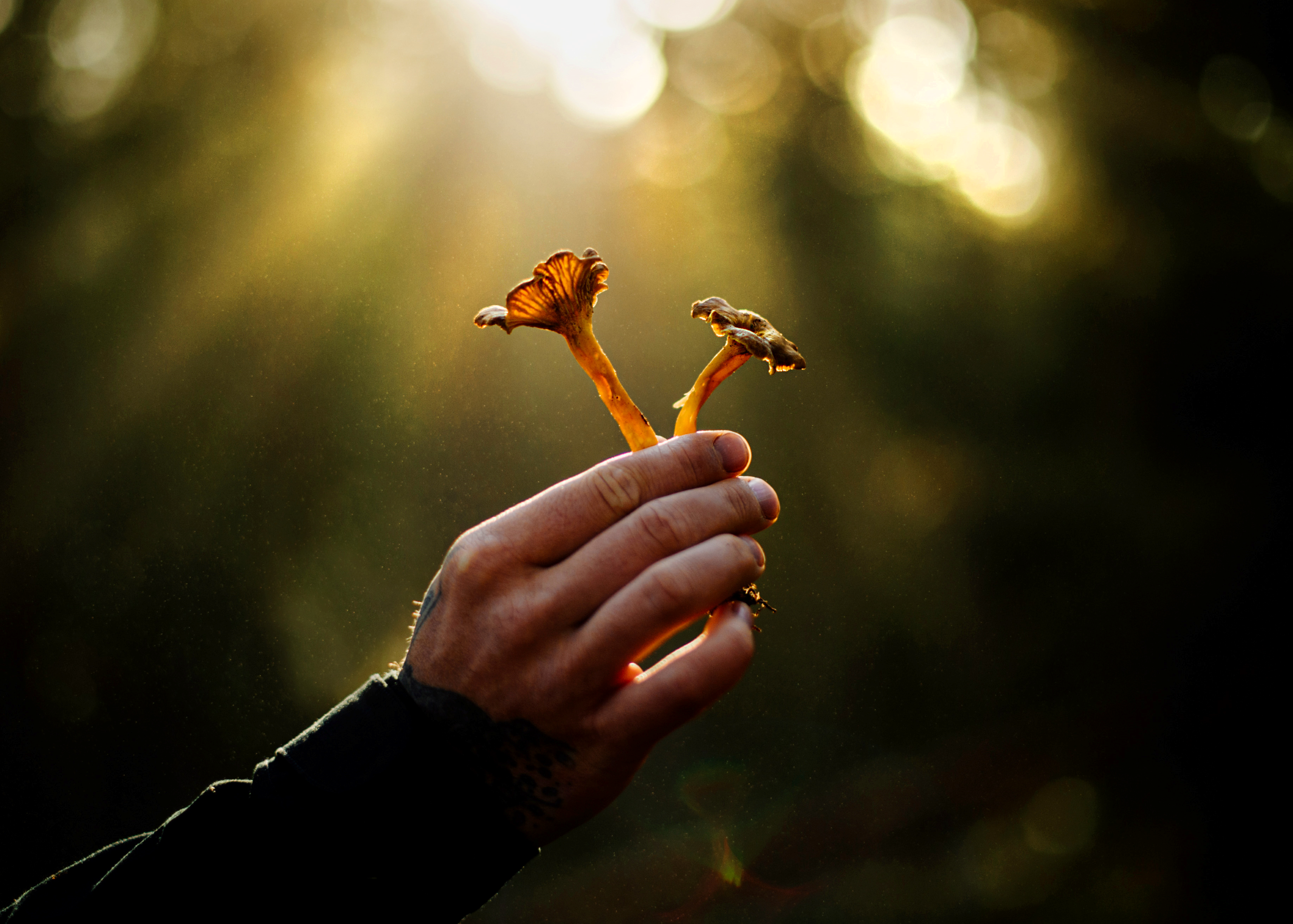 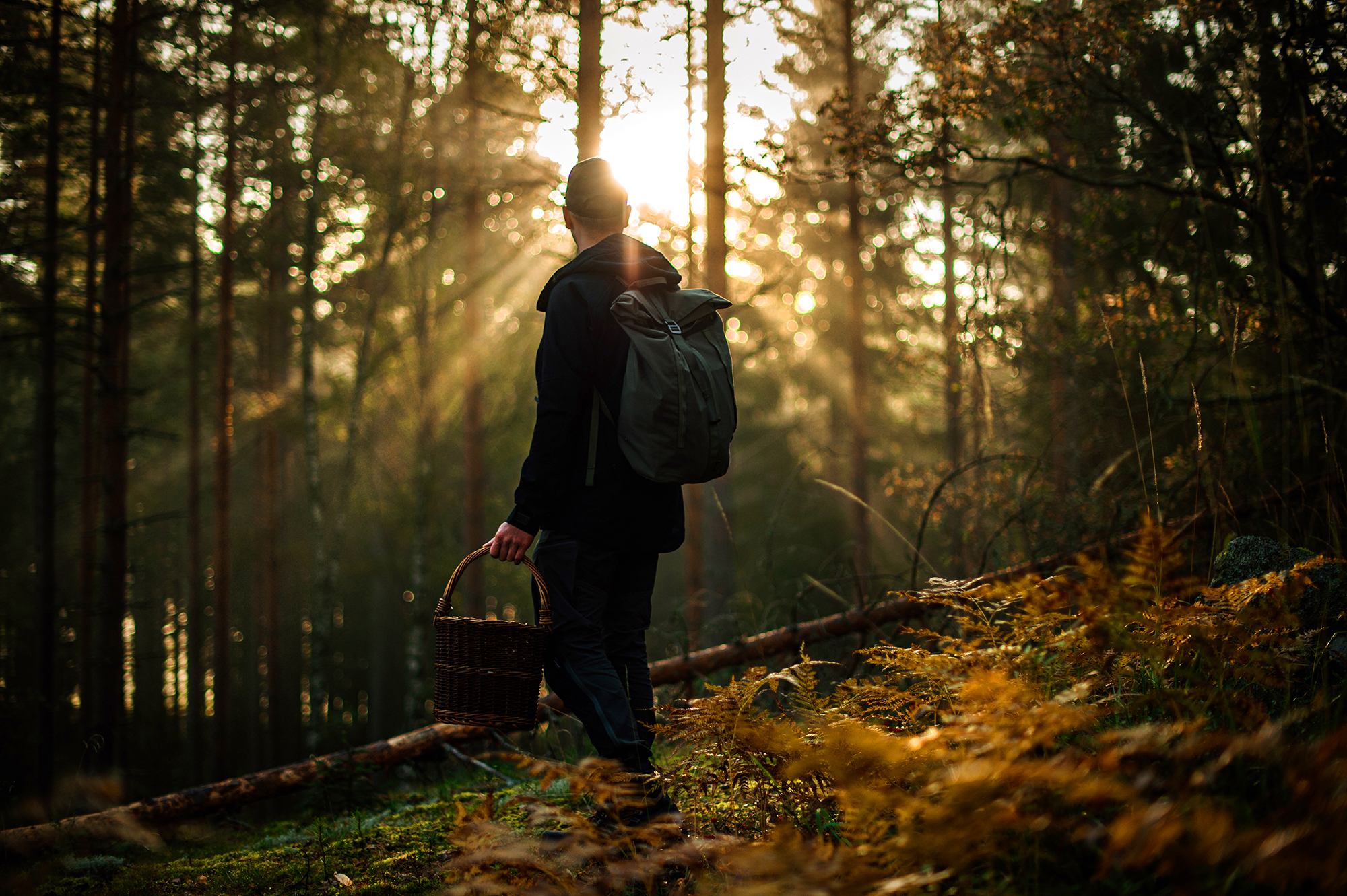 What drives you Niki?

– I love to spread knowledge about what I do. Many throughout the years have done just this, when it comes to gathering wild food. From generation to generation, knowledge has been passed down. In the last 30-40 years, the dissemination of this extensive knowledge has been significantly worse. A knowledge that in my opinion is worth its weight in gold. 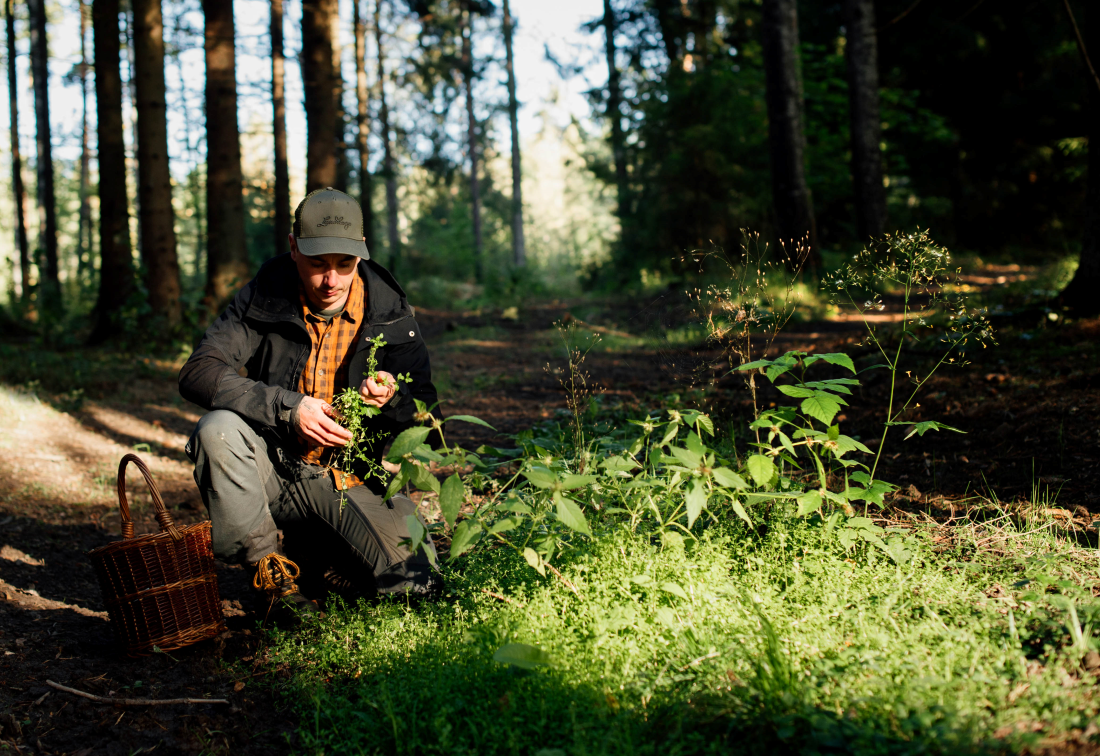 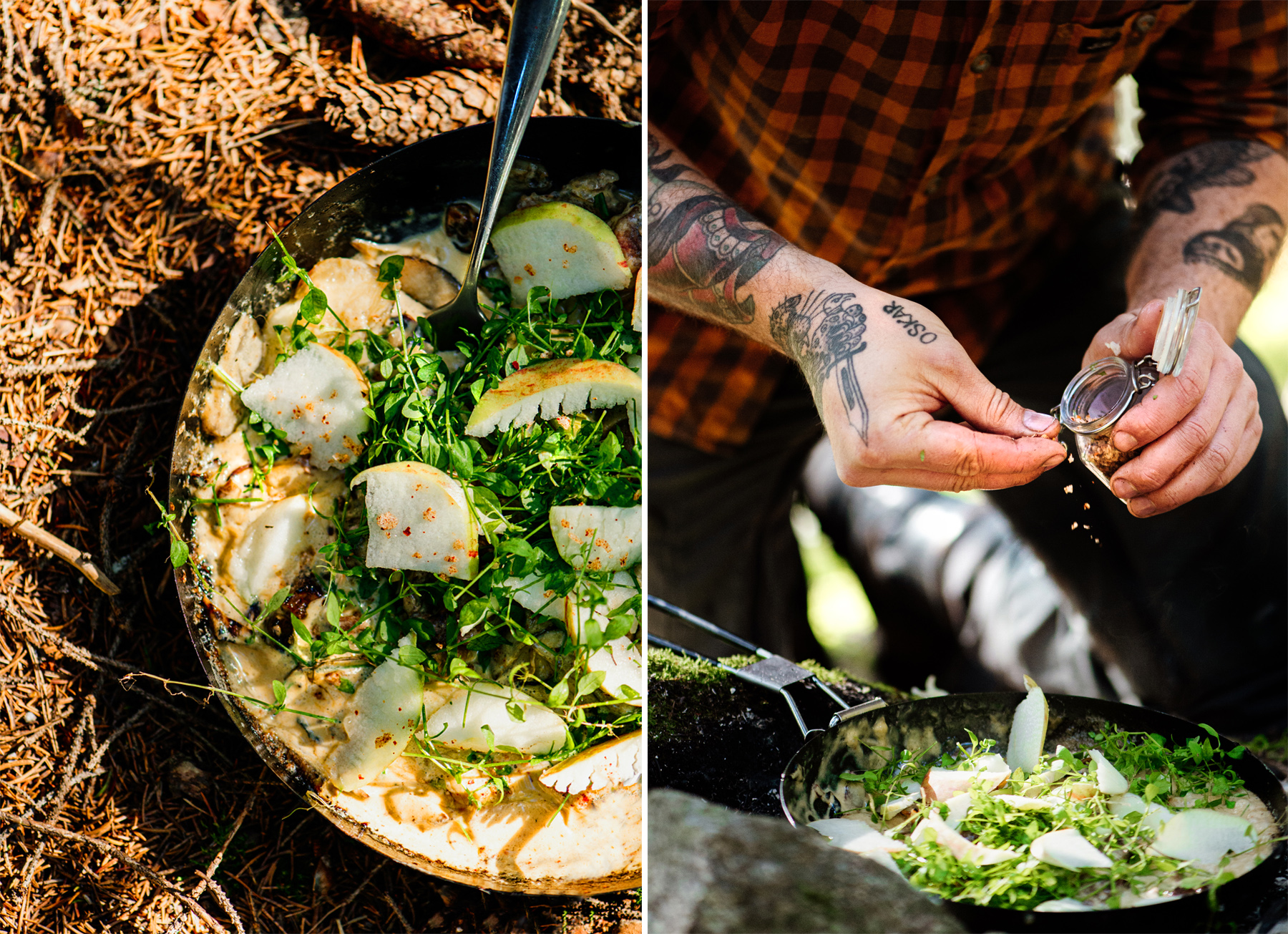 Spring
“I love to pick the first green plants filled with chlorophyll that grow in the spring, such as nettles, a wonderful raw ingredient that you can do so much delicious with and which are also very healthy.”

Summer
“When summer rolls around, I think that picking flowers is really nice, especially the white peppery horseradish flower.”

Autumn
“During autumn, I have an even harder time choosing that the other seasons. But if I have to take just one thing, it’s of course scarletina bolete. A very intense but tasty mushroom with a lot of character.”

Winter
“In the winter, several nice mushrooms appear during the milder periods, otherwise I get excited about various berries and lichens.” 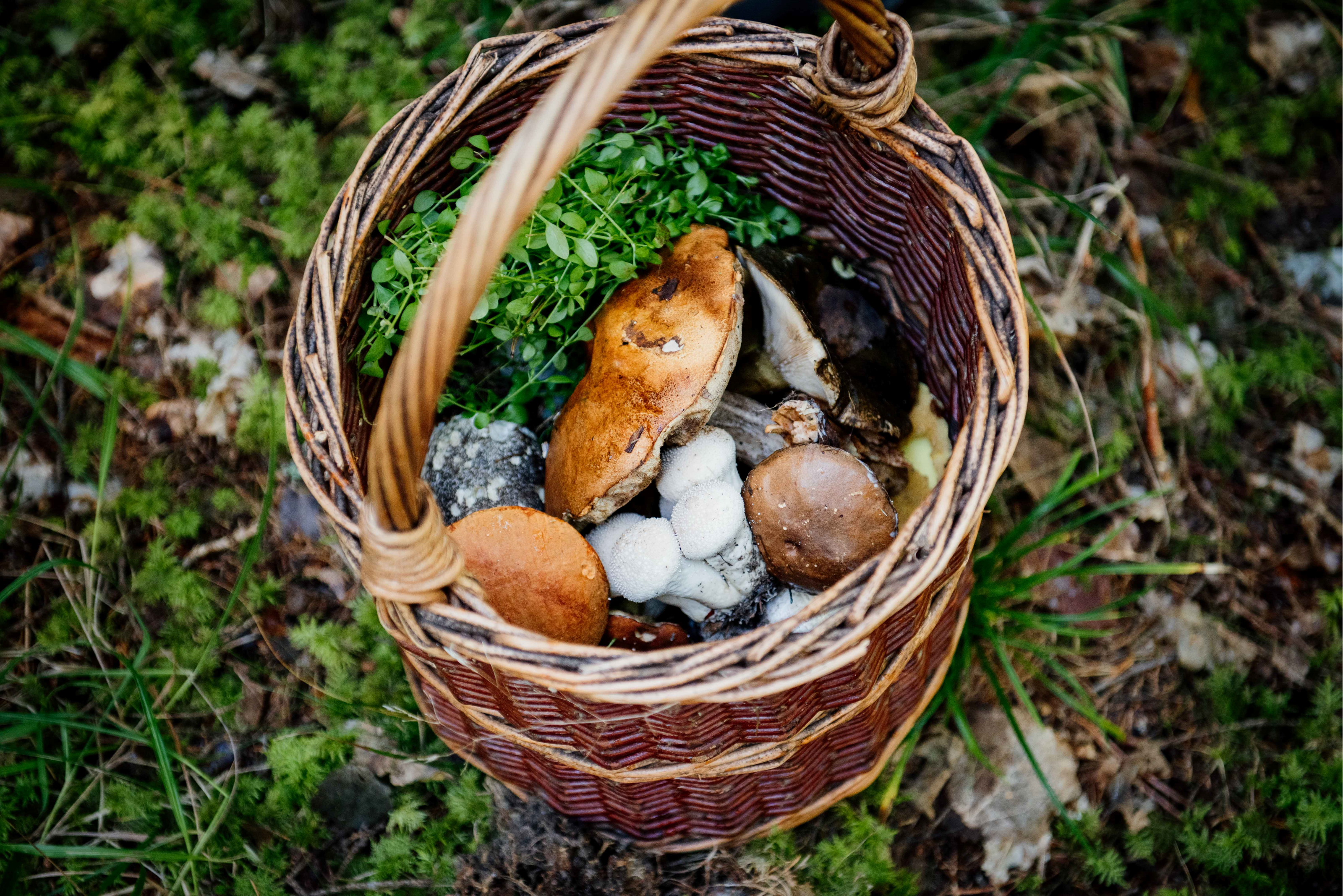 Book
If you would like to read more about what you can pick and eat, read Niki Sjölund’s book (in Swedish) ”Vildplockat : ätliga örter, blad, blommor, bär och svampar från den svenska naturen” (Natur Kultur 2017).

Podcast about Niki
Do you want to know even more about Niki? Please listen to Husky podcast (Unfortunately in Swedish)