Old traditions, new ideas. Lundhags friend Lena Flaten is passionate about artisanal food, relational food, and the use of as much of our resources as possible. – I convey the food artisan’s passion to our guests.

Not too long ago, the words locally produced did not even exist. Same thing for relational food. Today, these words are on everyone’s lips as soon as you talk about food trends and restauranteurs with ambitions. Lena Flaten works often traditionally with food, just like before, though she is closer to artisanal food with a modern approach. After growing up close to food, so to say, on a farm in Norway, Lena studied to be a chef. Soon, she was standing next to pots at the Storulvån Mountain Station (of the Swedish Tourist Association), located at the end of the road near the base of the mountains in Jämtland. You earned more working in Norway, but it wasn’t money that drove Lena. It was her passion for artisanal food with a focus on raw produce.

– I didn’t want to get stuck in Norway making meat cakes and stew (lappskojs in Norwegian) all day. 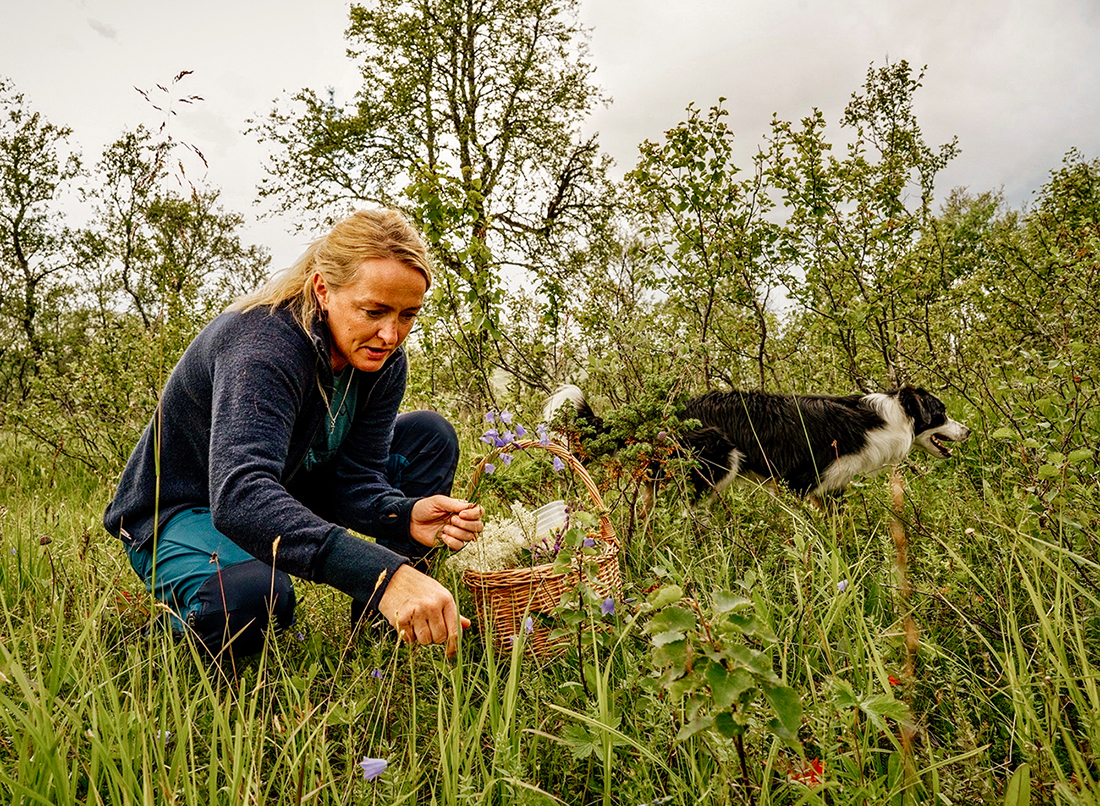 Lena worked during the winter in the mountains and the summer in Skåne, in Stockholm, and on the West Coast with some breaks to work abroad. And it was here where she picked up greatly varying influences. Lena worked with people from around the world, so it was a matter of simply “taking it all in”, as she puts it. Today, she is involved in several international collaborations, among others the Slow food movement and Signed by Nature, which works to develop the food culture and sustainable development for livestock in Europe.

A milestone in Lena’s interest for locally produced and wild picking is when at the beginning of the 1990s she met the Swedish mushroom guru Pelle Holmberg, known for a series of legendary mushroom books.

– Groups went out and picked and learned about mushrooms with Pelle. At that time, they picked just the mushroom without preparing them, and ate the regular conference food that was served. “Are you not going to eat the mushroom?”, I wondered.  I didn’t know any other mushrooms except champignon and chanterelle back then, but Pelle was the best for mushrooms. I could convey my knowledge of artisanal food. He explained mushrooms to me like a sommelier talks about wine. Where and how they grew. How they get their taste. How you preserve or dry. What you should think about.

When you talk with Lena, she gushes with ideas and enthusiasm, not the least when it’s called relational food.

– It is relationships that build bridges between producers, suppliers, processors, and consumers. We at the restaurant are simply messengers. I’m an animal lover and therefore it has always been important to me that the animals are well off. It might sound like a cliché, but when you’re at the sheep farmer or vegetable grower, their passion for raw produce is infectious. I take the passion with me and bring it out when preparing food. It’s climate-smart and it isn’t only good for the farmer, me or the guest, it’s good for the whole world.

– If you live in the middle of nature like I do, you realize that it’s important to make use of it. The way we work with our suppliers allows us to also influence livestock and the way to work with the earth and nature. 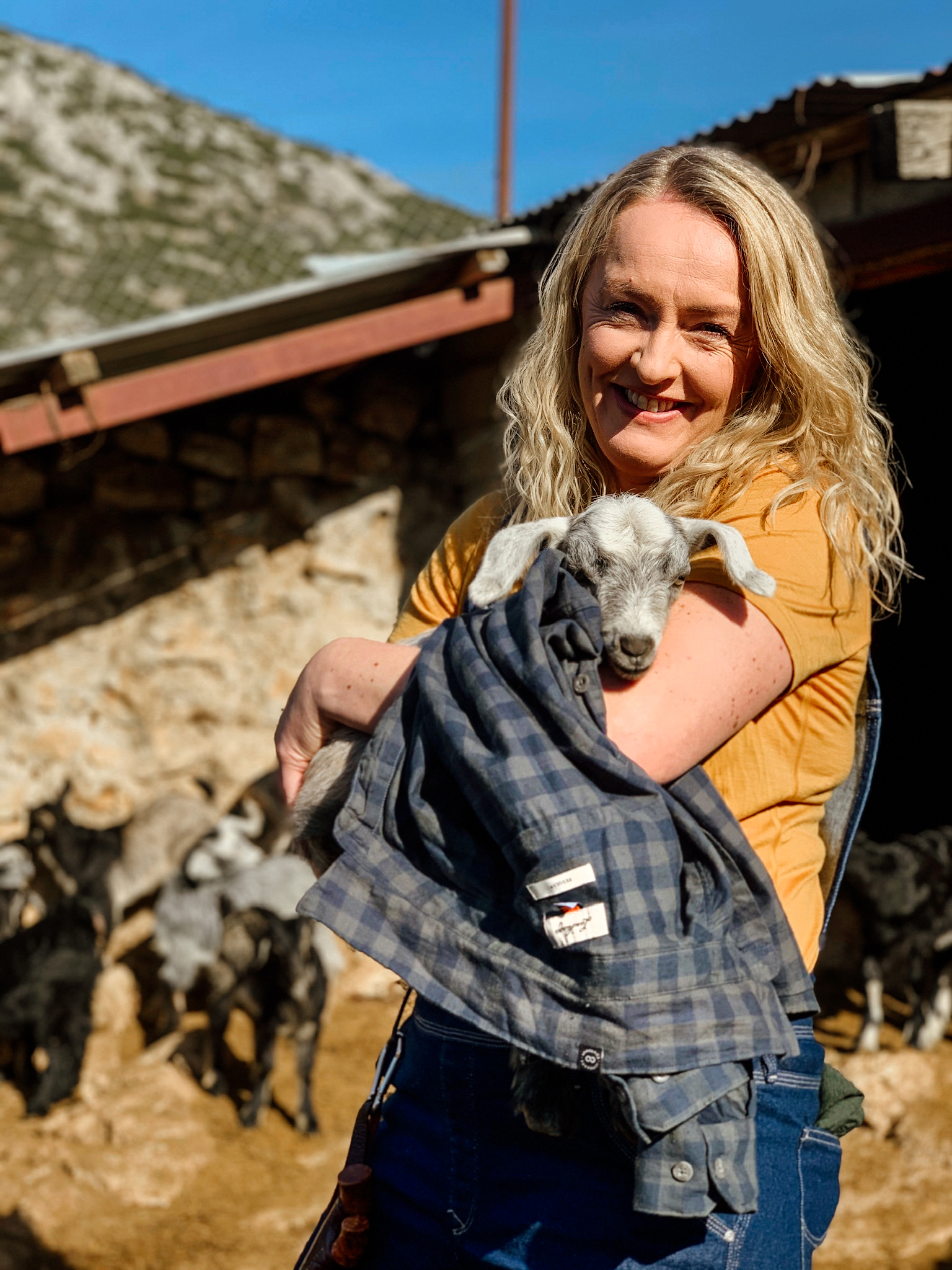 Running on the balls

Lena runs Flammans skafferi in Storlien. A restaurant and food bar that even comprises catering and inspiration courses for groups and companies. Lena is also involved in a project named The Edible Country, a collaboration between Visit Sweden and several star chefs to inspire cooking outdoors. Near a lake not far from Storlien, you will find this “do it yourself restaurant”, so to say a table with seating and a fireplace where you can bring an outdoor stove and raw produce to cook your outdoor meal. The outdoor stove can be rented and several suggestions for recipes are synced with the local offering at the grocery store.

Further, she operates a business in the Skurdalsporten mountain hut, 28 meters inside Norway and 715 meters above sea level, where she receives groups as well as operating it as a waffle hut a few days per year, which the hut originally served as after the Second World War. You would think that there was no place for anything else but artisanal food in Lena’s life. But on top of everything else, you can add dogs and Icelandic horses. And it’s here the most obvious proof of Lena’s great passion for outdoor life. 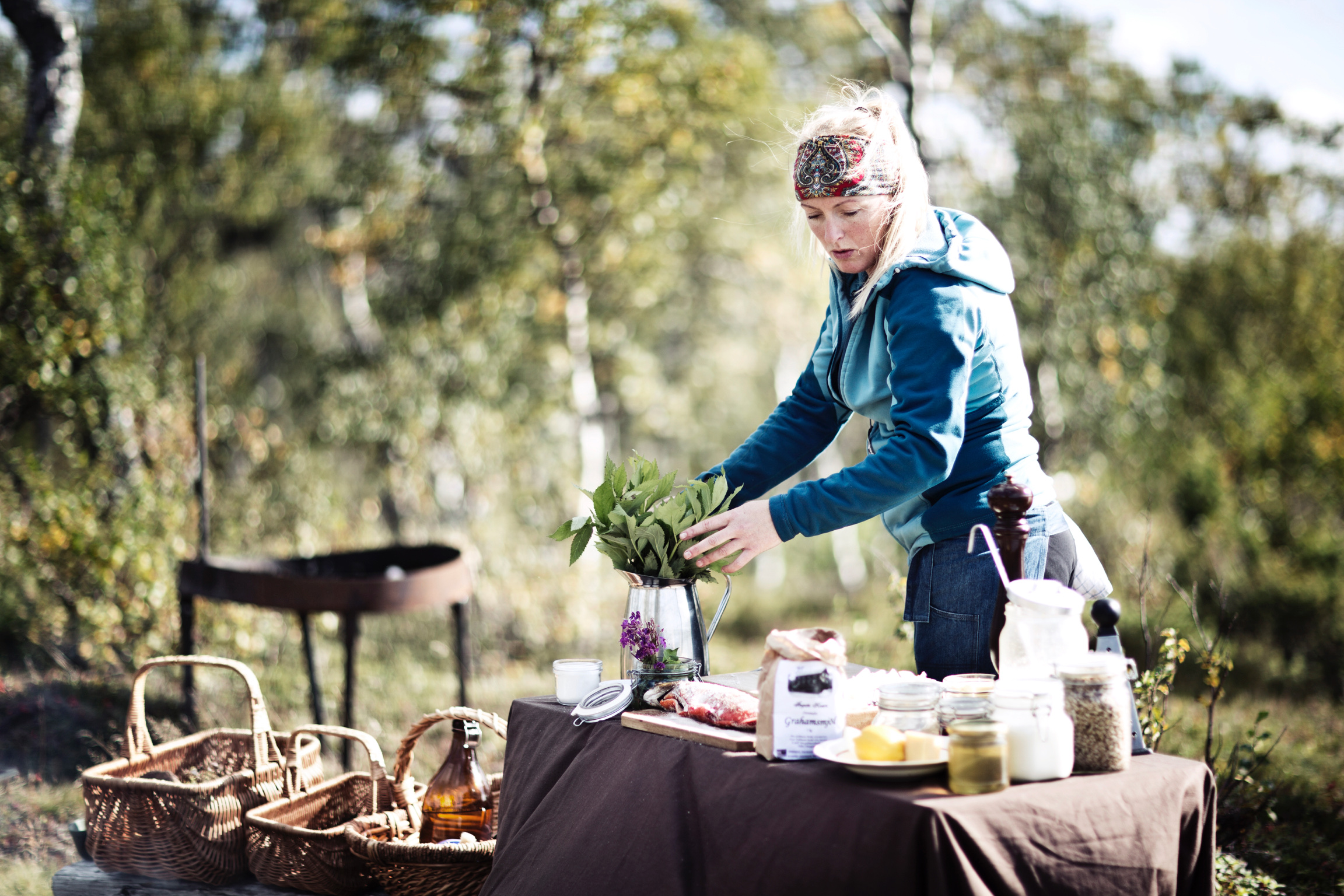 – I’m essentially outdoors as soon as I’m not in the restaurant. Every day. We have a Swedish Elkhound that my partner hunts with and a Border collie that is my touring partner. Icelandic horses.  I use the Icelandic horses for, among other things, transporting guests up to Skurdalsporten during the summer. I’ve gotten rather demanding hobbies to get me away from work. You can neglect the gym, but you cannot neglect the dogs or horses. And it makes me feel much better because I get energy from nature and the animals.

– We live in the mountains, so you can say that I am outdoors and hiking except that it’s only the daily walk with the dog.