Myskoxcentrum in Härjedalen is a non-profit association that works for the preservation of the Swedish muskox tribe.

Myskoxen extincted out of Sweden 4000 years ago due to hunting, but then returned to Härjedalen from the Norwegian reintroduced flock in 1971. During the 80 & 90s there was a high pressure on the wild flock with disturbances on the mountain, which made them began to decline rapidly. From about 30 muskoxes in the mid 80's to only a few in the late 90's.

Myskoxcentrum opened up in 2010 with the aim of relieving the wild herd, spreading knowledge, conducting breeding and research. By bringing visitors to the enclosure where guided tours are offered for small groups on the animals' terms, peace and quiet is provided on the mountain, so the herd can grow at its own pace without stress and disturbance.

As the muskox today is not considered a Swedish animal, it does not receive the support it would need. Today, 12 wild muskoxes live in Härjedalsfjällen, and have increased with the help of Myskoxcentrum from 5 in 2013 to today's 12. 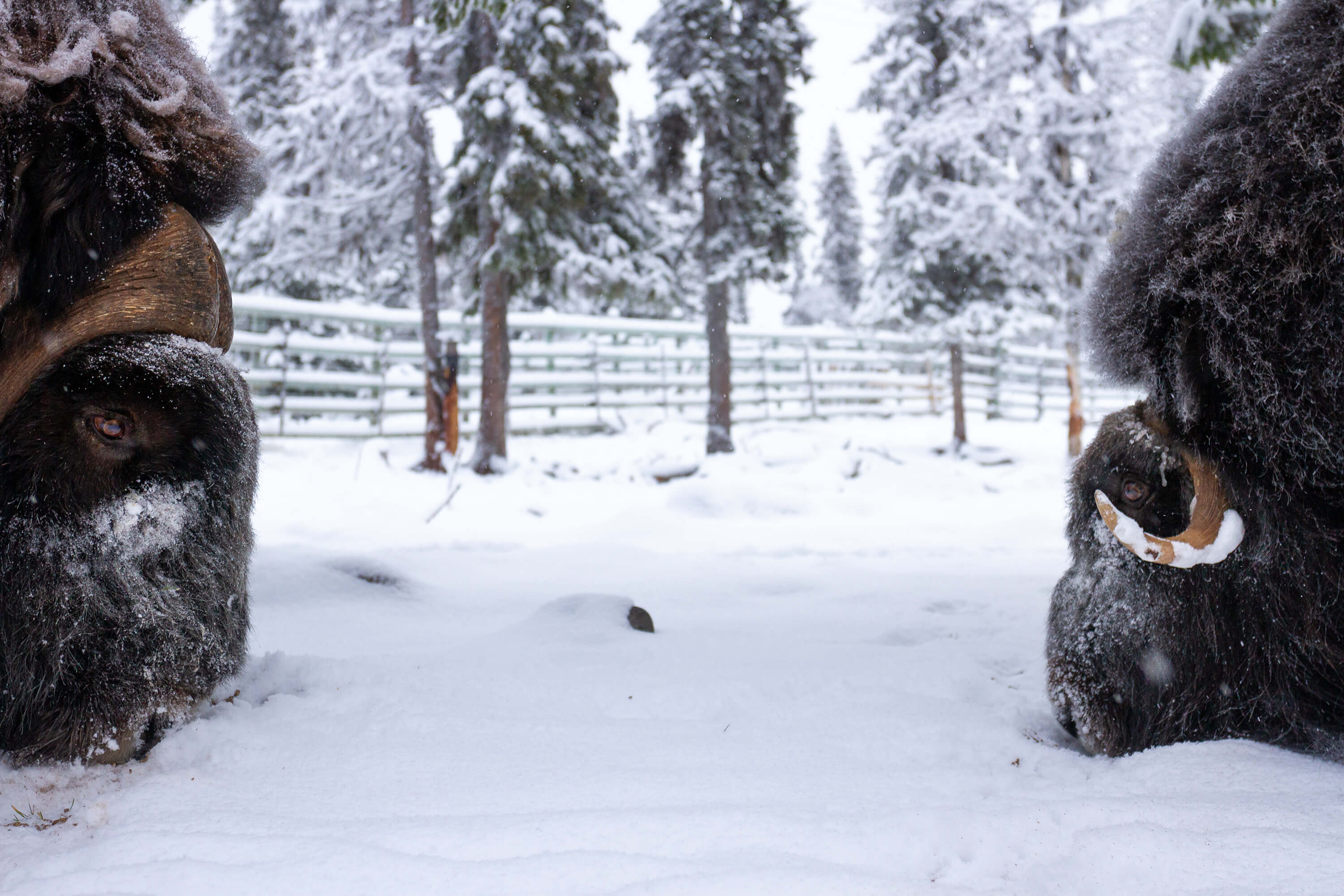